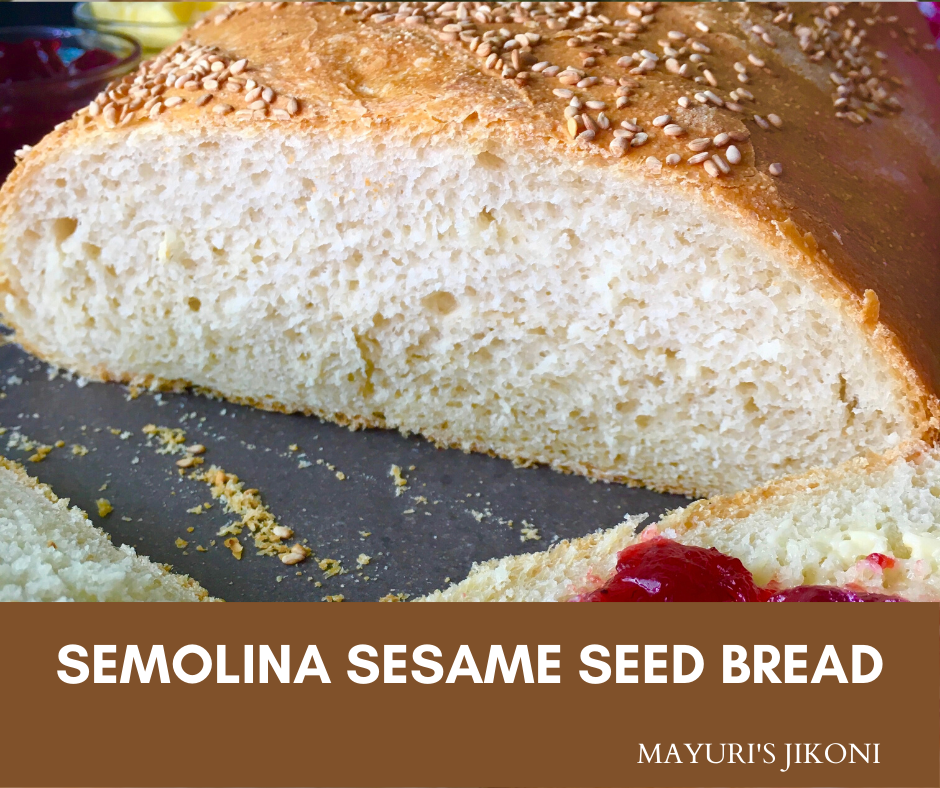 After all the celebration, for the 250th theme by members of this awesome group, we are back to suggesting themes whereby all members have easy access to ingredients. Though many countries are trying to get back to some sort of normal life…which by the way is never going to be the same for anyone, some ingredients are still difficult to source. Keeping this in mind, Aruna who blogs at Vasus Veg Kitchen suggested that we use Semolina to prepare a dish.

Also known as Suji, sooji, rava, rawa, it is actually the middle part or endosperm of the hardy durum wheat. While milling the bran and germ is flaked off and the endosperm or starch part of the grain is cracked into coarse pieces. By sifting the coarse pieces are separated and ground into a flour. Usually the flour is fine sand like particles or slightly coarse. Semolina comes from the Italian word semolino. Its widely used in Italy to make pasta.

Worldwide  use of Semolina

Though as Indians we may think that usage of semolina or rava is restricted to India or the Indian Subcontinent, that is not true. As I mentioned above the word semolina comes from the Italian word semolino and its widely used to make pasta.The high gluten content of semolina is what holds the pasta shape even after boiling it. Besides Italy, the rest of Europe uses semolina to make porridge, soups and puddings. Most of the Middle East uses it to make halvas or puddings to cakes and cookies. North African countries like Tunisia, Morocco, Algeria use semolina to make pancakes and the courser and bigger semolina which is called couscous is a part of their staple diet, served with stews. Its very much a part of the staple diet in Nigeria where its used in stews and soups. Italians tend to use semolina for breads. These days semolina is widely used in all sorts of bakes all over the world. Semolina is widely used in the Indian Sub Continent to make a wide variety of dishes right from breakfast to desserts.

Some Semolina/Rava/Sooji Dishes you may want to try:

While choosing from the two options that Aruna suggested, sabudana or semolina, I had opted for sabudana. However, the final decision was semolina. That prompted me to check out my hand written recipe book and came across instant uttapam and semolina bread recipe. The baker in me got the better of me and chose to make the bread. Am so glad that I chose the bread as it turned out to be an awesome bake…yeah yeah generally don’t like to boast but this time its different. Seriously, loved the crust.. so crispy and crunchy and the crumb or the middle part as the bakers call it was soft with loads of air pockets. Semolina breads turn out really good mainly I think its because its high in gluten. For the extra crispy crust, I brushed the bread top with water and while baking placed a tray of water underneath which helps to create the wonderful crust. The first two days I used it to make sandwiches. Thereafter it was toasted to enjoy with eggs and tea. When toasted semolina bread does become really crunchy.