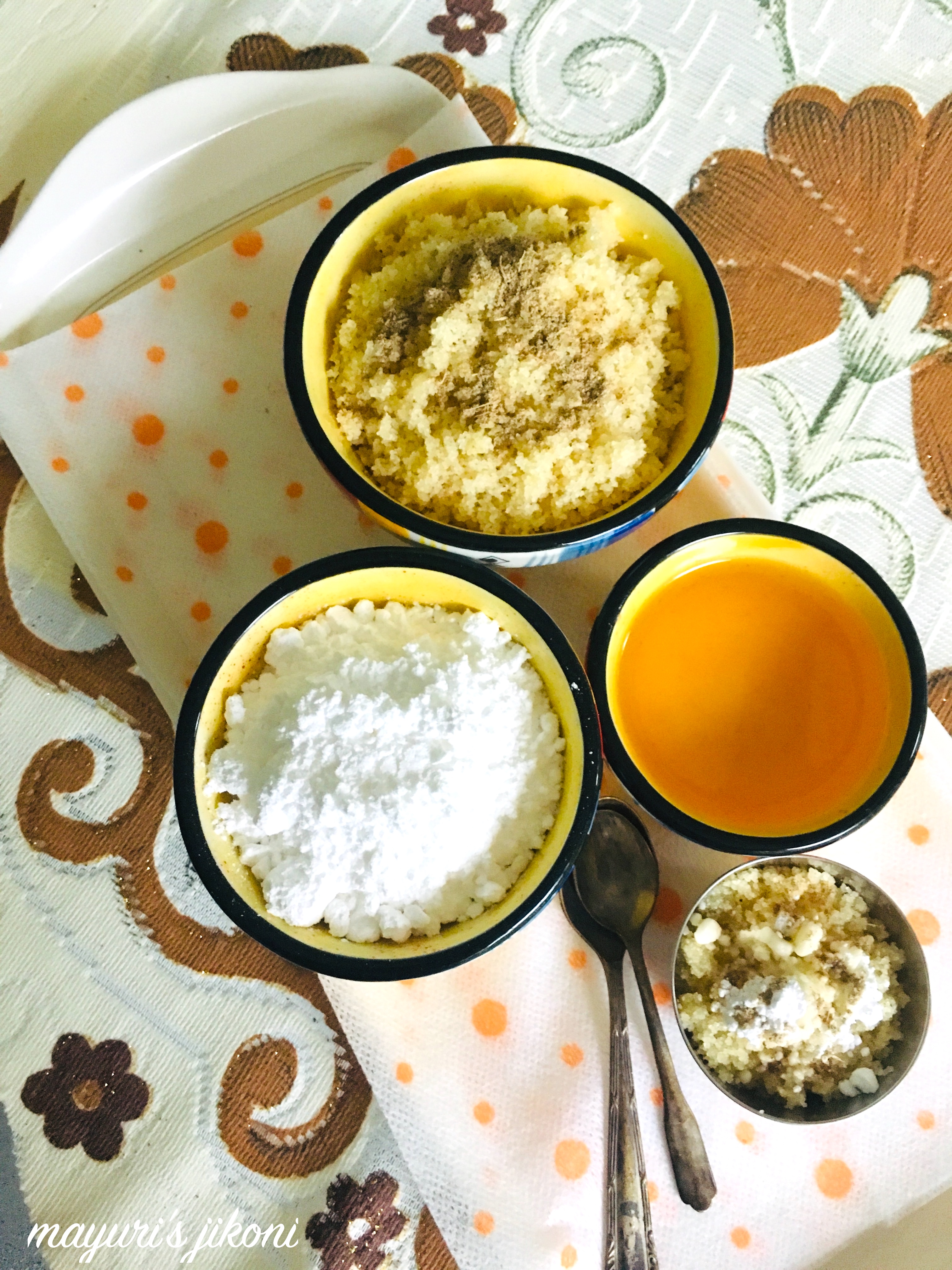 Any religious or happy occasion like Diwali, weddings, birth of babies, etc begins with kansar in a typical Gujarati home. Kansar varies from region to region in Gujarat. For most regions kansar is what we call lapsi. Usually broken wheat is boiled in water with jaggery.  However kansar that is made by the Patel community of Gujarat is totally different. We use either semolina or slightly coarse wheat and its steamed. Its then served with melted ghee and powdered sugar. The most important and vital ingredient in kansar is a bit of jaggery and ghee (clarified butter). These two are added as important religious items. It’s believed that jaggery and ghee has  purifying power.

I personally love kansar and till now was not successful at making it on my own. When my mother in law was with us in Mombasa, she would make it. After that I tried several times and each time the kansar would become rubbery or lumpy. That was one dish I did not watch closely whenever she would make it. Recently when I was in Mumbai and asked her for the recipe, she just couldn’t remember the measurements. She no longer cooks which is really sad as she was a fantastic cook. As I had suggested the 201st theme, I thought this is the right time to get my kansar making skills perfect. Also as we begin my niece’s pre wedding celebrations, beginning with kansar seemed just the right thing to do. I asked my bhabhi for her recipe as she makes it often. As usual I can rely on her to make me understand how its done in a very simple way even though oceans separate us.  I realized that previously, I was getting the ghee and water measurement wrong. It’s paramount that you use both as the recipe suggests. Less of ghee and it will be rubbery. More of water and it will be gooey and with lumps.

You may want to check out the following Gujarati recipes:

MUM'S GARLIC AND TOMATO CHUTNEY Finally got my mum