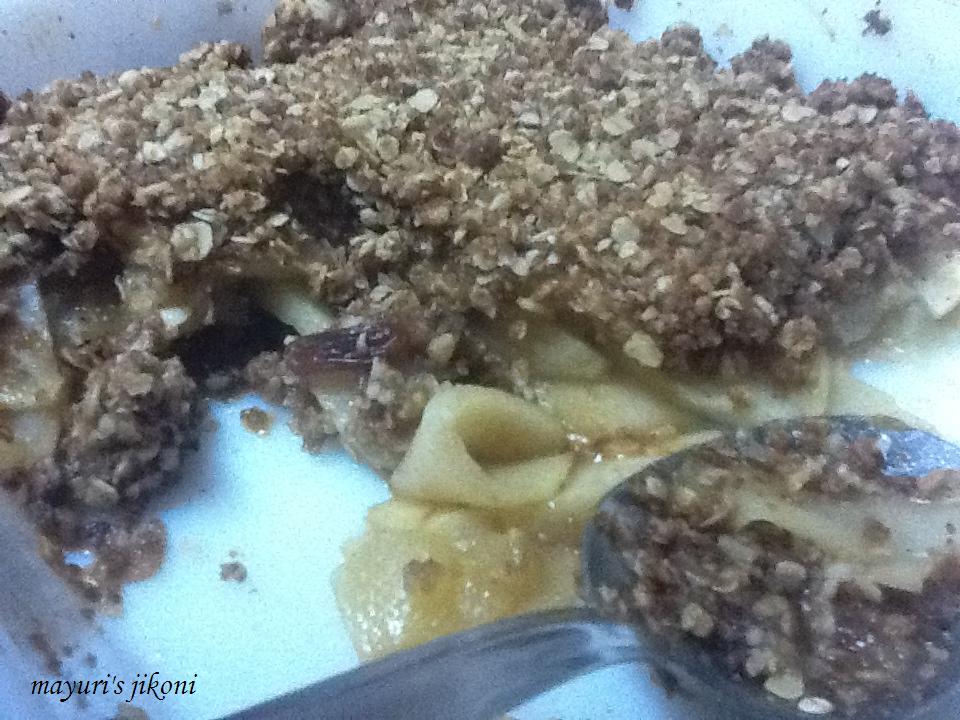 I thought that after making so many sweet things this month I was going to keep my hands off the sugar jar. No such luck, had to make some dessert a few days ago as I had invited relatives over for dinner. Most of my friends and relatives probably expect that I will have made some dessert instead of indian sweet. So serving them fruit salad with ice cream seemed so boring to me. The first time I had this dessert was at Marie Vyas’ home when she had invited Ajay and me over for dinner. I got some nice juicy crunchy apples and Verity her daughter was coming for dinner. I am sure Verity does not remember much about her mum as she passed away when she was very young. However, I made this dessert so that Verity could taste it and make it whenever she wants to. Its like passing a bit of Marie’s remembrance to her daughter.

For the crisp layer

For the crisp layer :

For the filling :
Tips :