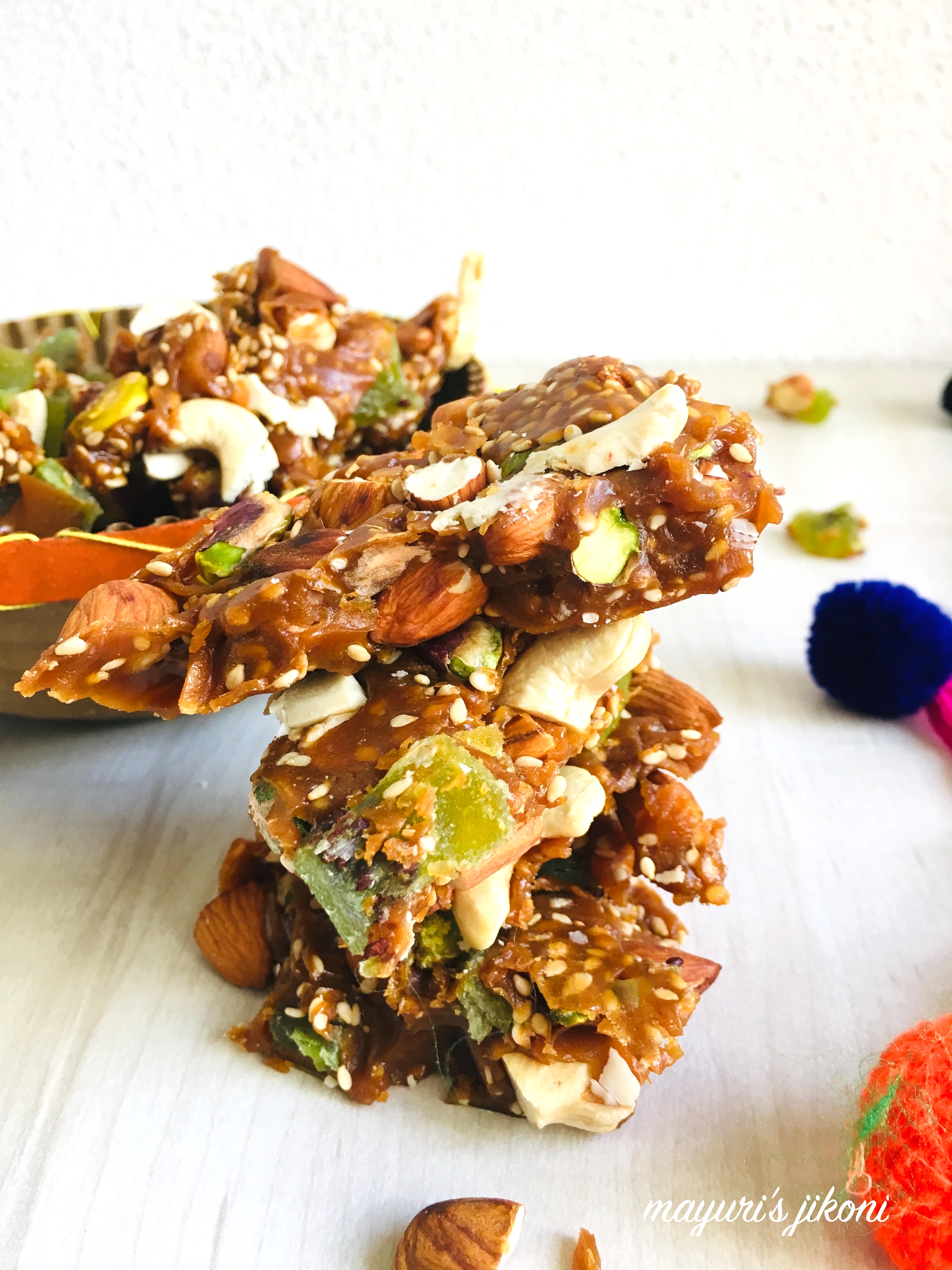 Happy Makar Sankranti to all my friends, followers and family

What is Makar Sankranti?

Makar Sankranti, Uttarayan, Lohri, Maghi, Bihu, Thai Pongal, Suggi Habba, Makara Sankramana all fall more or less on the same day. These are all harvest festivals celebrated according to each one’s tradition and culture. Makar Sankranti, is dedicated to the Sun God Surya. It also marks the end of the winter solstice and beginning of longer daylight. While most communities will celebrate Makar Sankranti according to their tradition and culture, it is largely associated with kite flying and delicious food.

Importance of Sesame Seeds and Jaggery during Makar Sankranti

Depending from which area or community your belong to, there are some dishes that are a ‘must’ for Makar Sankranti. Like in Gujarati, besides Tal Sankari, Undhiyu like Poonam has prepared is enjoyed by friends and families while flying kites. During Thai Pongal, Sakkarai Pongal (sweet pongal) prepared by Priya and Ven Pongal made by Aruna are a must. Some like Kalyani prepare Thalagam Kuzhambu (curry) with Rava Pongal. Northern States tend to make Sesame and Jaggery Papdi like Renu has. Swaty who hails from UP make Chilka Urad Dal Khichdi. They make the rice and lentil mix and donate it to the priests on Makar Sankranti along with jaggery. Maharashtrians tend to make Gulachi Poli or Tilgul Poli, a flatbread with jaggery and sesame seeds. My neighbor in Bangalore is from Bihar and she will be making Dahi Chura as its a tradition in Bihar. Bengalis celebrate Poush Sankranti and Sujata makes the traditional Gokul Pithe. Karnataka state has the traditional Ellu Bella Mixture which Preethi enjoys making. North Karnataka has an interesting millet flatbread called Sajji Rotti with sesame seeds which is prepared a day before Makar Sankranti. I’m sure Archana will be preparing it this year too.

With Makar Sankranti on the 15th of January, this week’s theme has been decided unanimously by the members of FoodieMonday/Bloghop

The day started with me having a light spring in my walk and me smiling away for a mile, as my daughter was coming from Dubai. We planned a party for her friends in the evening and that’s when I thought better make the brittle so that they can enjoy it too. However, as the day progressed, it became sad and disappointing. Had to cancel the party and my daughter’s flight time kept on delaying as heavy rains in Dubai flooded the runways. Who can imagine so much rain in a dessert? As the day turned into evening and then night I must have tracked her flight a million times hoping that it will take off soon. Exhausted, I feel asleep at 3a.m. and no the flight didn’t take off when I woke up! My daughter had till 5a.m. Dubai time spent over 20 hours at the airport. Exhausted, she went back home. She will now probably arrive after 2-3 days.

A day when I didn’t want to do anything around the house. Got up and wanted to snuggle up in bed again. As the day progressed, a sense of responsibility prevailed and got ready to visit Sneha Care Home, a home for orphans. Along with our Puree Skywood Charity Community we went to give 45 children their presents. What Skywood does it they get a list of what the kids may want, and then Skywood residents purchase and wrap the gifts. Instead of choosing only one child to give a gift to, I decided to make goodie bags for all 45 with a juice packet, Oreo Packet, a lollipop and a Chikki.  Warm smiles, hugs and happy faces made my day.

As I am in India this time, I thought I’d be able to prepare the traditional Gujarati Undhiyu but finding ratalu (purple yam), surti papdi, fresh green garlic proved to be difficult.  Hubby suggested that I make something delicious with a mixture of nuts and not too sweet. That’s when the idea of making Nuts and jaggery Brittle came up. If I had made the traditional chikki it would require a fair amount of jaggery.  With this brittle, I used just enough amount of jaggery so that the nuts get held together…well more or less!  Dropped the heated mixture onto a greased tray and allowed it cool before breaking off the pieces. Just to keep with tradition added roasted sesame seeds too.

To make Nuts and Jaggery Brittle, here’s the recipe.