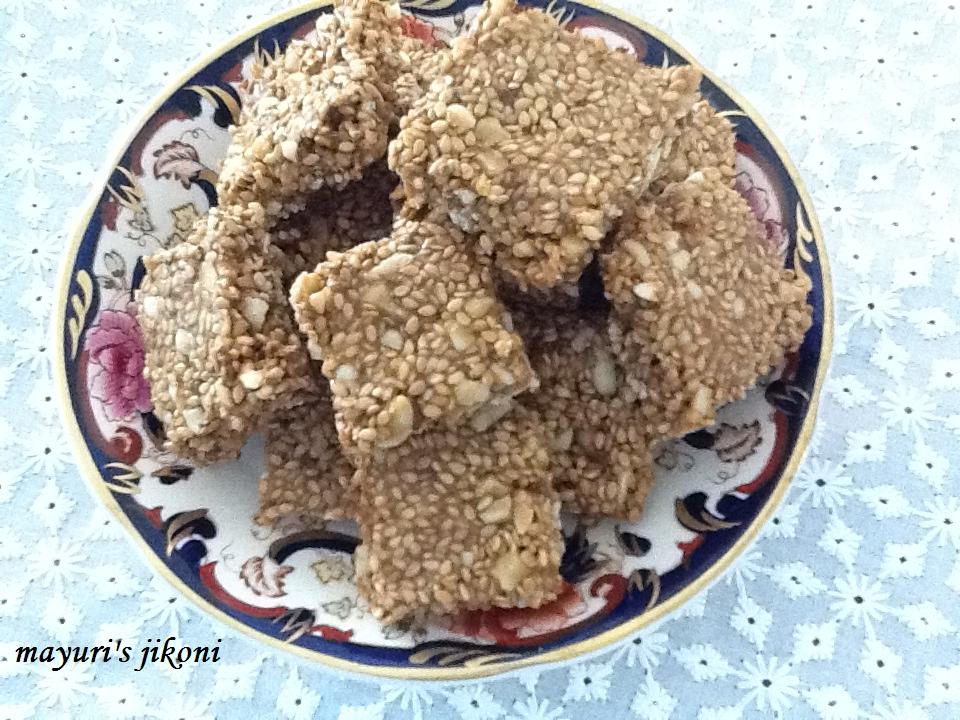 Makar Sankranti or Uttarayan as its called in Gujarat is the only festival which follows the solar calendar and falls every year on 14th January. This festival is celebrated by many states of India for different reasons. Its the beginning of the harvest season, its the end of the inauspicious phase which begins during mid December, its the end of the southeast monsoons. Mainly everyone celebrates this day because it marks the beginning of the transition of the Sun God from the southern  to the northern hemisphere. Many states fly thousands of colourful kites on this day as an oblation to the Sun. During Uttarayan different states make different sweets. In Gujarat the most popular is tal sankari or tal laddus. Made from jaggery and sesame seeds, it is eaten so that one does not suffer from coughs and painful joints during spring. The other significance of  making tal laddu is eat it and speak sweetly throughout the year! Tal sankari is very easy to make. Its Namrata’s favourite indian sweet. The colour of the tal sankari will depend on the colour of the jaggery or gur used.