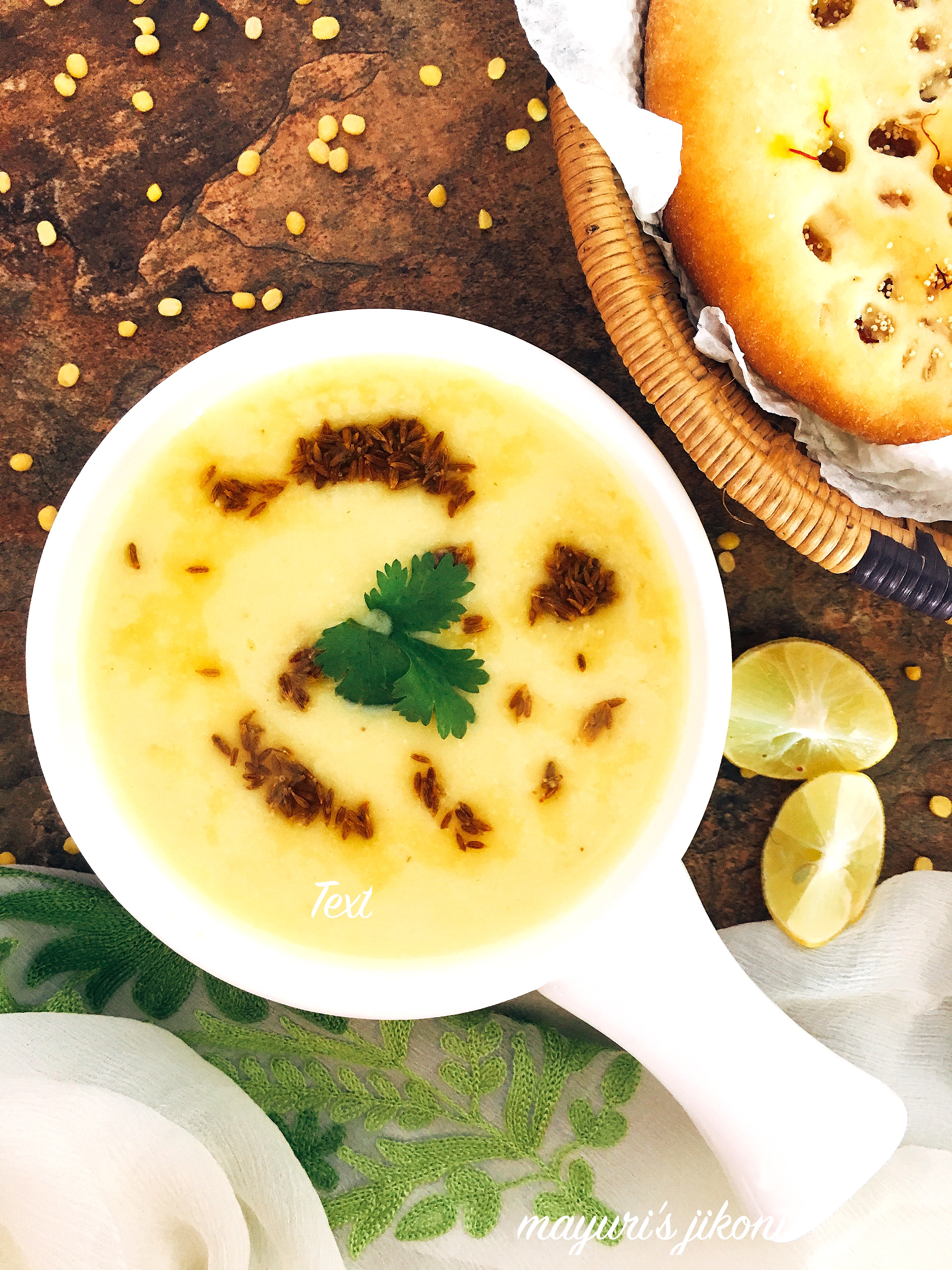 The word Shorba originates from the word chorba, sorpa, shurpa. This soup is widely enjoyed in the Middle Eastern Countries, some parts of Europe, Asia and Africa. It is believed that the soup originates from Persia. Hot salted water with added meats, vegetables made this a versatile dish that even travelers could make. No wonder popularity of this healthy and easy to make dish spread far and wide.

India was introduced to Shorba during the Mughal Era. Vegetarians then came up with their version of shorba. My favorite  is a tomato shorba anytime, which I tend to make so often.

When I made some Qubani Naan, I wanted to pair it with a curry. However, hubby insisted that I make a soup and before I could reach out for the tomatoes, he insisted on me making another kind of soup. It was the end of the week and I didn’t have much veggies in the fridge. So what do I use? Then I remembered I had tasted a moong dal shorba at a restaurant in India. Problem solved, moong shorba for dinner it was. It paired well with the naan I made.

I can’t believe that I had not made this flavourful, healthy and so yummilicious soup as yet. Very easy to make especially when you have good quality moong dal (green gram dal). You need the split one without the skin. Most Indian homes have it in stock as its not only used to make tarka dal but also khichdi, dals, and savories. I like to buy the one with is not smeared with oil.

Moong also known as mung, maash or mug or green gram is a green lentil or legume. When the skin is removed through soaking the lentils are yellow in colour. Both Moong and moong dal as the split moong bean is called is widely used in India for dals, vegetables, for savory dishes and even for sweets.

I added some coconut milk, to give the shorba a different taste from the usual moong dal I make to go with rice or roti.

You may want to check out the following moong dal recipe:

Hosted by Renu @ Cook with Renu