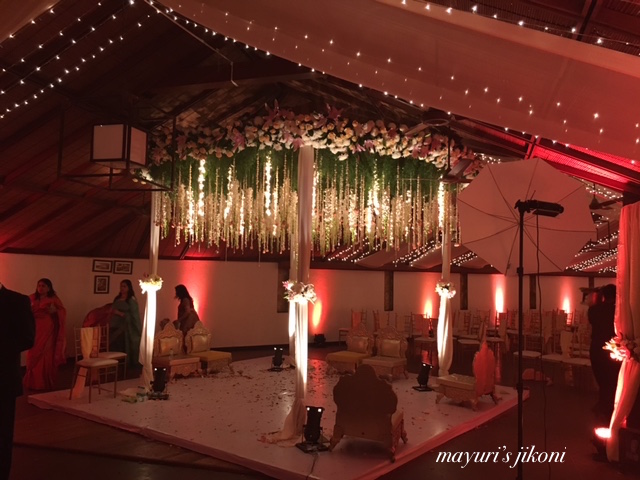 Season’s Greetings to all

Hope you all have had a wonderful Christmas holiday. It’s really satisfying to be back to blogging after over a month. My daughter is married and happy with her hubby and new family. Must say it has been a roller coaster ride for us preparing for this wedding. We call my daughter ‘The drama queen of the family’ and drama certainly happened ever so often. Don’t get me wrong it was not her creating the drama, but events or mishaps which would be followed by drama from the ‘queen’. The first such incident was when special earrings she had ordered from a designer all the way in Ludhiana arrived let’s say just for one ear and not two! That’s the time she cried and cried wanting her dad and brothers to be by her side(they were about to arrive in a few days from their respective cities) now and now and now. Crying, she threw her aunt and me out of the room. After a while went to pacify her to come and have dinner. “I don’t want to come out of the room, everyone will know I cried”. The mother in me said “no sweety pie no one will know, they all think you’re resting”. What I really would have loved to say is “silly girl grow up and don’t cry over a missing earring”.
Drama didn’t end there. Just a week before the wedding, she’s at the beauty salon getting all pampered when a rickshaw driver calls her telling her that he has found a pillow shaped packet on the road addressed to her. Panic immediately seized her and she called me crying that her sangeet outfit(we’d been waiting for that and was suppose to arrive soon) is  in the middle of the road! Dropped whatever I was doing in the kitchen and asked hubby to finish my work and I was about to rush to the beauty salon when she called still sobbing that her best friends(angels in disguise) are coming to pick her up. What seemed like eons to me, we waited impatiently to know the outcome.  The sangeet outfit was ordered from Delhi. The courier guy must have dropped it on the road and luckily the rickshaw driver(a farishta) saw it and picked it up. He took it to his house and asked his wife to call as she could speak a bit of English and explained to my daughter where she should pick the parcel from. Her friends and her went practically to the other end of Bangalore to pick up the parcel. After that it was celebration time for her and her friends and a huge sigh of relief for me. Did I mention that the earrings too were meant for the sangeet day? The designer sent the other one before the big day.
Thinking that now all is set and nothing can go wrong as the sangeet day went well, cyclone Vardah happens. Though the cyclone occurred in Chennai, it rained heavily in Bangalore. So the wedding planner had to rethink the whole setting from an outdoor one to an indoor one. As you can imagine we were in a panic state but had to keep calm and take each hour as it comes. The wedding was an evening one and rains did not stop till early morning on the 13th of Dec. Guests were suppose to have a brunch of idlis, dosa and vadas before they could go back to their hotels to get ready for the wedding. We waited for the caterer to arrive till 1p.m. and there was sight of him or his team. With the help of the family, we served not brunch but lunch at our apartment, hot tea, baklavas, magas, dhebras, farsi puri, chevdo, cookies, googras,etc. The caterer turns up at 2p.m. after all the guests had left. The manager, a tiny guy was nearly in tears and I didn’t have the heart to shout at him(though I rehearsed what I should blast him with). God was certainly showing me alternate paths on that day… I asked him to go and feed children at an orphanage nearby and in return asked them to pray for a happy life for my daughter and son in law.
As for the decor, as soon as I entered the venue(Temple Tree), I was really really stunned. The whole indoor setting was like being in fairyland. Neethi and her partner of Purple Rings had done a beautiful job of creating what my daughter wanted.
The wedding went well, no hitches and equally good was the delicious food served by The Creative Kitchen, Bangalore. The food served by Vishal and his team was not only delicious but was also served creatively and with courtesy to all the guests. Hot jalebis, appams, chandan sherbets,paneer tikkas and melt in the mouth paans were a hit with guests.The vidaai too was unusual(so I’m told according to the norm in India and movies attest that!). My daughter hugged us all, and left with joy and laughter. Her joy and laughter was so infectious that we too sent her off with smiles on our faces. Or were we thinking that’s the end of dramas?

So enough of the wedding and let’s get down to some serious work and that is typing out the recipe. I missed my #FoodieMonday #Bloghop group. Our 72nd theme is #Dried Fruits. Glad to be back with what I missed the most besides the group, and that is baking. For this theme I decided to bake a bread which we enjoyed for breakfast on Christmas day.  I decided to use dates, raisins and cranberries for this exciting theme. Still can’t find the dried figs(I wanted to add) that were left over from the wedding. Probably will find them when I’m about to leave for Kenya.

Preparation of the date puree:

Preparation of the bread:
You may want to check out the following:
Sending this recipe for the following event: