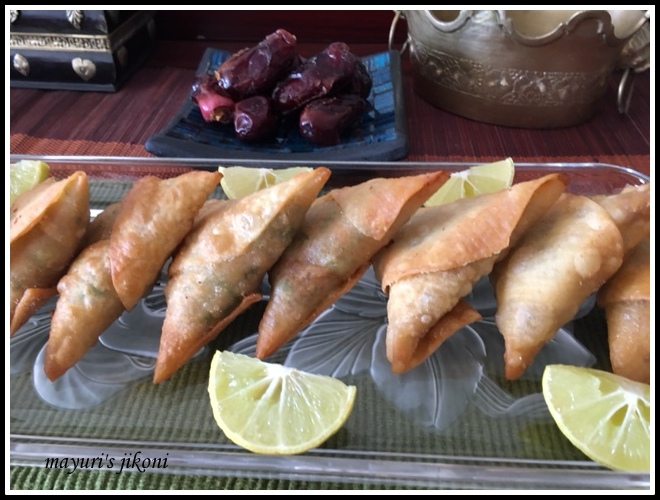 Mondays are appearing too fast. Barely blinked my eyes and Monday is at my doorstep. Imagine, nearly half of 2106 is getting over. For the 43rd #FoodieMonday #Bloghop, our theme was #Ramadan Special.
What is Ramadan(Ramazan)? Ramadan is the ninth month of the Muslim calendar during which all devout Muslims fast from sunrise to sunset for the whole month. Observing fast during this month is considered one of the highest form of Islamic worship. Muslims believe that the holy text Quran was first revealed during the ninth month. Islam follow the lunar calendar, therefore fasting month each year varies. This time round its June -July. That means Muslims in some countries like Iceland, Germany, Norway, Sweden etc will be practically fasting for over 20 hours. Fasting begins at sunrise and ends at sunset. That means Muslims abstain from any type of food and water during that period.
Suhoor (suhur) is the pre-dawn meal consumed by Muslims before sunrise. Iftar is the evening meal consumed to break the fast. Usually, during the month of Ramadan, families try and have iftar together. Some have it at the mosque, some at home. A variety of food is prepared for the evening meal. The fast is usually broken by having some dates. It is believed that Prophet Muhammad quoted that ” When one of you is fasting, he should break his fast with dates; but if he cannot get any, then he should break his fast with water, for water is purifying.”
Some families prefer a few snacks for iftar before having dinner later on. Most Muslim families in Mombasa will have samosas as a part of their iftar. Its during Ramadan we get to see dates, samosas, mamri, makate sinya, kaimati, vitumbua, dal bhajia,vibibi being sold in abundance everywhere. Besides that lots of white radishes and raw pawpaw ‘noodles’ are sold. Its believed that having a radish is cooling for the digestive system. The raw paw paw noodles are used either to tenderize meat or cooked in milk or coconut milk to make a kheer like dessert.
I decided to make samosas for Ramadan Special as no Iftar at a Muslim home in Mombasa is complete without samosas. They may not have them everyday, but it is a common snack that most enjoy. My mother in law’s friend doesn’t forget to send home made samosas for us at least once during the month of Ramadan. Most of use beef, mutton or chicken mince for the filling. I being a vegetarian, decided to make paneer samosas. A variety of vegetables or lentils too can be used as a filling.

For the ‘glue'(lahi) or paste:

Preparation of the patti dough:

Some of Mombasa’s famous Street food during Ramadan
Sending this recipe for the following events: