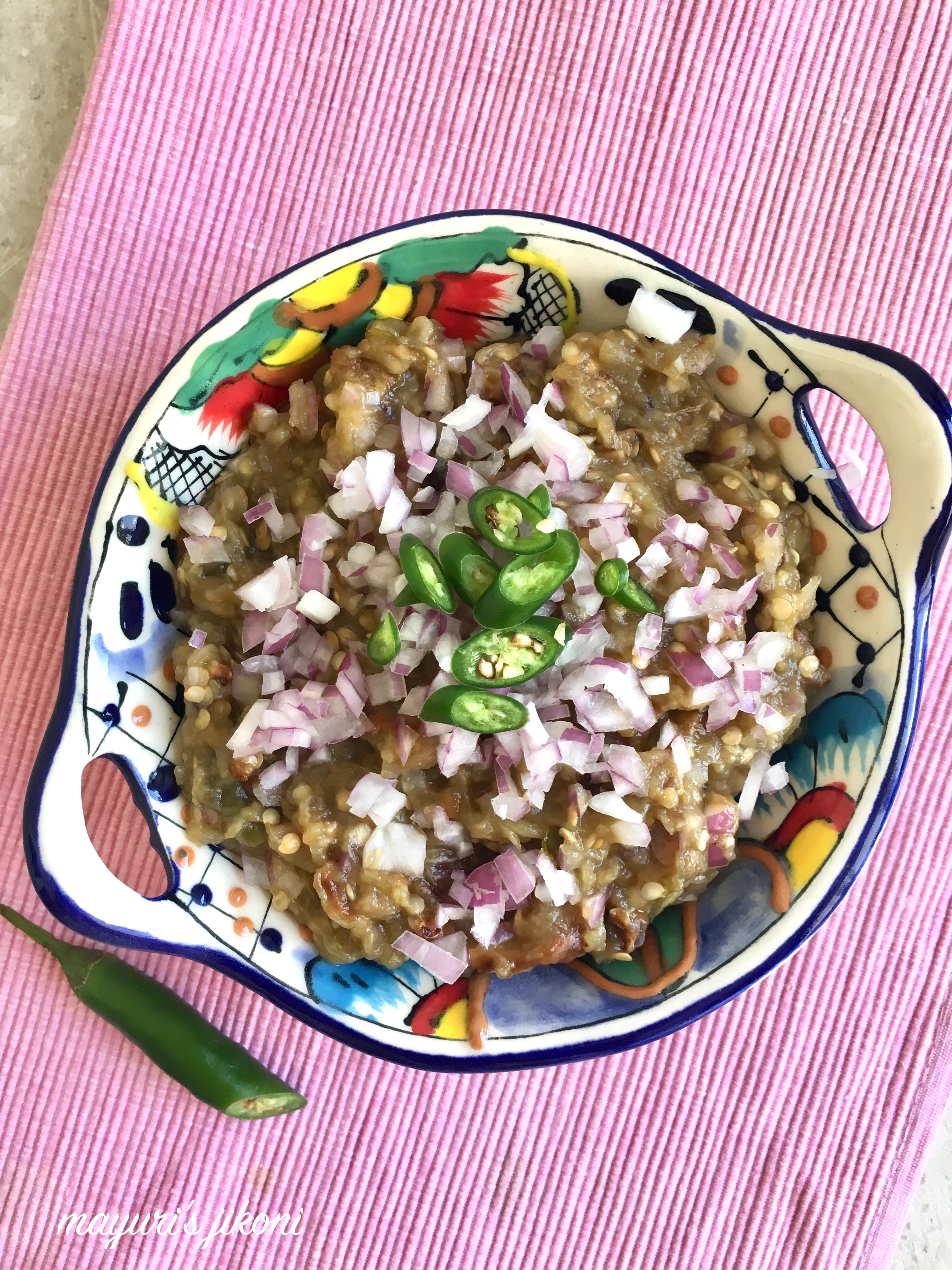 November took Shhh Cooking Secretly group to Tripura, where I got the opportunity to make a mosdeng, Phantok Mosdeng/Brinjal Mosdeng. This group is where members get together to cook a dish on the decided theme. We are paired up and give each other two secret ingredients to cook with. The group  started by Priya of Priya’s Versatile Recipes.is an interesting way to know other food bloggers and try out dishes beyond one’s comfort zone.Other members have to then guess the two secret ingredients till we share the recipe link. Its a fun group and along the way have made some good friends.

Tripura is one of the Seven Sister States in North East India. Its neighbors are Bangladesh, Assam state and Mizoram state. It is connected to the rest of India by only one major Highway, NH 44 that runs through the hills into the Cachar District in Assam. 91% of the cultivated land produces rice. During the British Raj, Tripura was divided into tow main regions Tiperra District and Tiperra Hills. A place called Unakoti is famous for Hindu Dieties that are etched on  the rocks and dated backs to the 7- 9th Century. Neer Mahal, a floating place built on Rudra Sagar Lake is the only floating palace in NE India. Did you know that the famous music composers SD Burman and RD Burman come from the royal family of Tripura? Also education for kids is free for children between 6-14 years of age. Tripura is also known for its striking architecture, Ujjayanta Palace being a perfec example.

The natives of Tripura largely follow a non vegetarian diet and vegetables are generally prepared as side dishes. Most of their dishes are cooked without oil, use simple spices and are generally served with rice. With a large Bengali community residing in Tripura, fish is an integral part of their cuisine.

Not having any access to a Tripuri Cuisine book, I searched for one on Amazon but didn’t find it useful as most of the recipes are with meat, chicken and fish and bamboo shoots.  Finding a vegetarian recipe for this cuisine has proved to be difficult. I tried to search and understand words connected to Tripuri Cuisine by referring to various websites. Finally, the search took me to Eat your Kappa. While going some of her videos I landed on Phantok Mosdeng. Immediately, I knew I wanted to try out that dish. Armed with that in mind got in touch with my partner.

We didn’t have many takers for this cuisine perhaps due to festival season or just that its a difficult cuisine for Vegetarians. Once again my partner was Priya Mahesh who blogs at At 200 deg .Visit her blog for some interesting South Indian dishes. I particularly like her Dantin Soppu (leafy greens prepared with coconut) and the Green Tomatoes Kootu.

Knowing that the Tripura cuisine is limited we suggested to each other what we’d like to cook. Based on that we suggested the ingredients. While Priya gave me onion and chili, I suggested that she uses turmeric and onion for her dish. With those ingredients she made a delicious Kosoi Bwtwi.

Some of the dishes I cooked from North East Indian States

The Seven Sister States have some similarity in the ingredients they use. Being mostly mountainous, they heavily depend on locally grown herbs, vegetables, meat, chicken, fish and bamboo shoot. I made a delicious Naga Tomato Chutney from the state of Nagaland. From the state of Mizoram I made a simple but delicious soup Mizo Bai, adding some sweet corn to give it more flavour. Koat Pitha which is famous as a sweet dish from Arunachal Pradesh was a delightful dessert treat.My all time favorite from NE States was Janeiiong, a black sesame seed pulao, a popular rice dish from Meghalaya. When I cooked the Assamese dish Bengana and Shanmehali Xaakor Khar, a healthy mixture of leafy greens and brinjal, I quickly realized that adding khar, (a traditional sodium carbonate like substance made by burning banana stems or peels) was what I’d want to avoid adding. If you ever get black rice then you have to try out Chakhao Poireiton, a black rice phirni from the state of Manipur. As a breakfast treat try out Ragi Temae Tan, a ragi flatbread/paratha.

What Members of the Group Cooked:

Renu, Sujata, Aruna made their version of the famous Mosdeng Serma or Tomato Chutney. Meatless Kosoi Bwtwi was prepared by Priya Mahesh, Sasmita and Narmadha. Shobha tried her hand at Tohan Mosdeng and Priya Satheesh enjoyed Wahan Mosdeng. Seema’s Khichuri is what I loved. Its usually prepared as an offering to Maa Durga during Durga Puja.

Mosdeng as I mentioned above is more of a chutney that is served with the main meal. The brinjal or eggplant is usually roasted who over hot coal to give it that authentic roasted aroma and taste. However, lacking coal and a Sigri or Jiko I had to roast the eggplant in the oven. I just couldn’t use the number of green chilis suggested in the video, one was enough for the hot factor. Very easy to put together with just four ingredients, it surprisingly turned out to be a very flavorful side dish.

Makes about a cupful