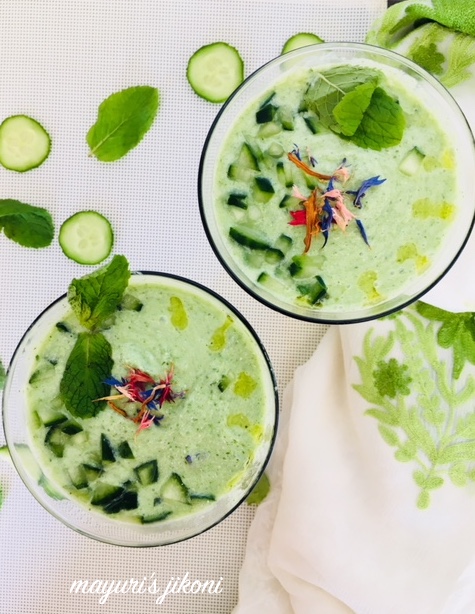 Where are the RAINS?

Today my brain is all foggy and I can barely keep my eyes open. Last night was an uncomfortable hot night. The AC was on but I still felt hot. Its probably around 4a.m. that I fell asleep and got up at 8  a.m.! That meant it was like a mad rush getting lunch ready, getting the washing machine started and all the usual chores before 10a.m. when the water disappears from the taps. I didn’t manage to beat the clock, some chores are left and will have to tackle them after 4 when the water returns.

Many parts of Kenya have rainfall to the extend that floods are closing down roads, bridges and some places are impossible to get to. However, Mombasa is a different story altogether. Its still hot and whenever it does drizzle the weather becomes more humid and hot. Considering that on hot days I just don’t want to have curries, dals and rotis, I decided to make something cold for our FoodieMonday/Bloghop Monday theme. #141 theme is YogurtBased suggested by Amrita who blogs at The Food Samaritan. Check out Amrita’s blog for beautiful clicks, lovely food styling and of course scrumptious food recipes.

Cucumber and Yogurt are both very cooling and good to have during the hot season. Hubby was still hungry after sipping all the soup but I was a happy content person for an hour or so. On a serious note whether you want to consider this preparation as a savory smoothie, chilled soup or even a raita, its up to you. Whatever you call it, it was definitely a healthy and filling.

Here’s the recipe for a super cooling and tasty chilled cucumber and yogurt soup.

CHILLED CUCUMBER AND YOGURT SOUP
For 2

To serve:
finely chopped cucumber
a drizzle of olive oil


Tips:
You may want to check out other yogurt recipes:
Sending this recipe to the following event: