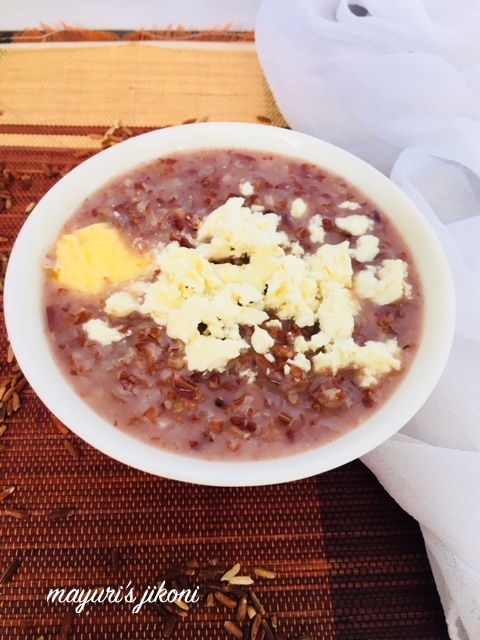 Meeting old classmates after many many years can be either exciting and you just pick up where you left or it can be a disheartening experience. I’ve met a few of my classmates after a long time. With a couple after catching up with what’s transpired from the time we left school to the present, we remain friends but not best friends. With a few I’ve just chosen to not keep in touch as our opinions and lives are so different.

Today hubby met up with an old class mate of his after a long time. While they couldn’t stop chatting away and catching up, the wives had to feel as comfortable as possible by making small talk. But what made so happy is to see how happy both were to catch up from where they left.
Would I want to go to a class reunion? Well, yes definitely would as it would be nice to know how life has treated people you’ve schooled with.  What is your opinion about school or college reunions?

Today’s breakfast dish begins with R. I initially had planned the famous Roti John from Singapore/Malaysia. However, after so many egg breakfasts, I decided to make something quite different. That doesn’t mean I’m over and done with eggs but for today, yes. R is for Red Rice Porridge all the way from BHUTAN. Bhutan is such a majestic and beautiful Buddhist Kingdom. Years back when hubby and I were much younger and more adventurous, we decided to got to Bhutan. Hubby had seen the scenic pictures of Bhutan in National Geographic and really wanted to visit the country. Not knowing the rules and regulations fully well, we landed up by road in the border town of Phuntsholing. We checked into a hotel and hubby went to the permit office to see if we could go further into Bhutan. Unfortunately we didn’t get it and next day had to leave. Bhutan has a policy of allowing only a certain number of tourists into the country every year. Its their way pf preserving the pristine environment and controlling the ‘bad’ influence of the rest of the world.Maybe one day we will visit it.

Bhutan is famous for its red rice and is the staple rice for the Bhutanese.Besides using the rice to make various dishes for lunch and dinner, they prepare a red rice porridge for breakfast. Also known as thupka(not the same as the soup), its just the right kind of hot and hearty meal you’d want, to fight off the cold mountain air. It is served either with a small pieces of meat or served on its own with some yak butter and yak cheese called chhurpi. The porridge has a lovely earthy and nutty flavor. The porridge is served along with some yak butter tea made of black tea with some butter in it.

Make this nutty, creamy and absolutely delicious porridge for breakfast. Something different and healthy. I didn’t have access to yak butter and cheese so opted to use what was locally available. I used feta cheese.

Check out what other Mega Blogging Marathoners have made for Day 18:

Make sure this account has posts available on instagram.com.