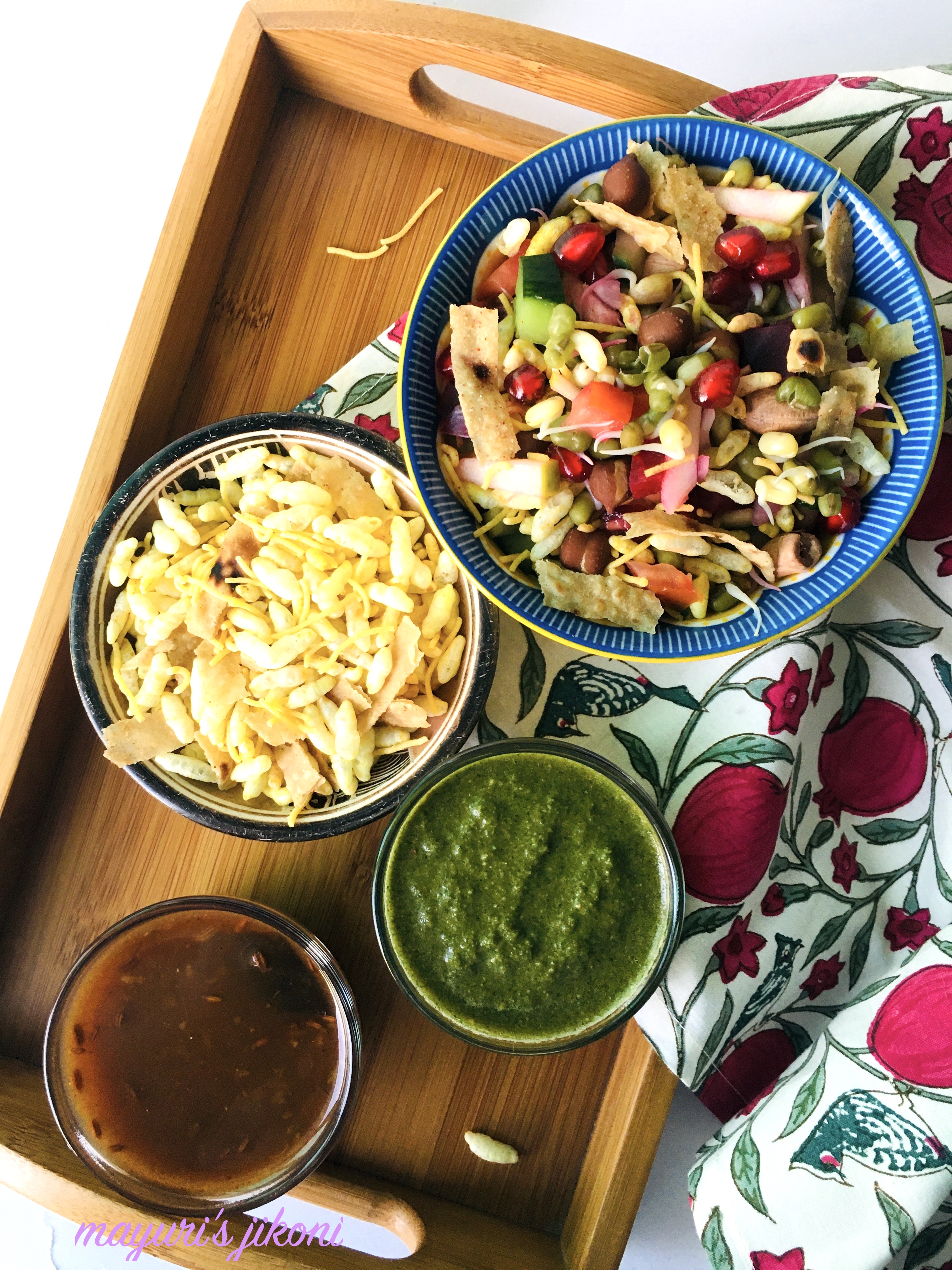 Though I’ve made healthy bhel several times over the years, I didn’t get the opportunity to take some decent clicks. However, as the saying goes, there is a right time for everything. The Foodies_Redoing Old Posts Event gave me the opportunity to redo Healthy Bhel as my 28th recipe updated. The recipe remains the same, only the photos have changed.

My blog is just not a place where you’ll find recipes but also a place where I can give words to my thoughts, share important events and share memorable journey. Many have pointed out that usually personal experience or narration of events may not be good for my website SEO but really, I didn’t start blogging so that I can run my blog like a business.

WhatsApp has improved communication tremendously. You just need to be connected to an internet or wifi and voila… you’re good to go. Its become easier to communicate with friends and family who are far from us or when we are travelling. So the typical messages sent are  ‘leaving for the airport’, ‘reached the airport’, ‘done with security and immigration’, ‘having coffee’, ‘boarding plane’, ‘boarded’. Then for a while its peace and quiet. As soon as one lands, the first task is to find out if there is free wifi at the airport. If there is messaging begins again. ‘Lovely airport’, ‘immigration line very long’, ‘waiting for baggage’, ‘reached our destination’, etc etc.

While for most of us this is really good because we can keep in touch with family and friends, sometimes Whatsapp can turn out to a be a huge nuisance. If you are part of several groups, then your mobile is certainly very busy. Sometimes we have a situation where the same message is forwarded to the same group umpteen of times by the members. Wrong messages have gone to the wrong group. When members of the group are in different time zones, then the messages start pouring in early morning and continue till late night. The best one is the herd mentality in a group. Spreading of fake news has become the norm. I always tell my hubby that people are not ‘trigger happy’ but keypad happy… no thought given to the info whether its true or false and before you know it, it appears in several groups.

More popularly known as bhel puri, its a savory snack enjoyed as Chaat in the Indian Sub Continent. The basic ingredient is roasted puff rice or mamra with sev and a bit of deep fried papdi. There are so many variations of bhel or bhel puri depending on which part of the Indian Sub Continent you are in. Usually, I make bhel puri at home but occasionally have had some from Juhu Beach which has a bit of boiled potatoes, brown chickpeas and lots of chopped onion.

Okay, now that I’m over and done with my thoughts on WhatsApp, lets get down to today’s recipe – a Healthy Bhel. Healthy because I have added different yummy and healthy ingredients to it. Don’t get me wrong, the usual boiled potatoes and chickpeas are healthy, but this bhel is different. You can actually add whatever you want. Also I’ve tried to use less of the fried sev,  baked leftover roti to replace the fried chaat puri and roasted the puff rice or mamra in the oven instead of frying them. Yes, some people fry them. The date and tamarind chutney I use has no added sugar or jaggery.

When can you enjoy this healthy bhel?

Well, as a healthy snack in between meals, as a light meal, or even serve it as a starter. Hubby and I love to have healthy bhel when we plan a movie night. Its either popcorn or Healthy Bhel. With healthy bhel we can add as much vegetables and fruits to it.

For the Healthy Bhel: