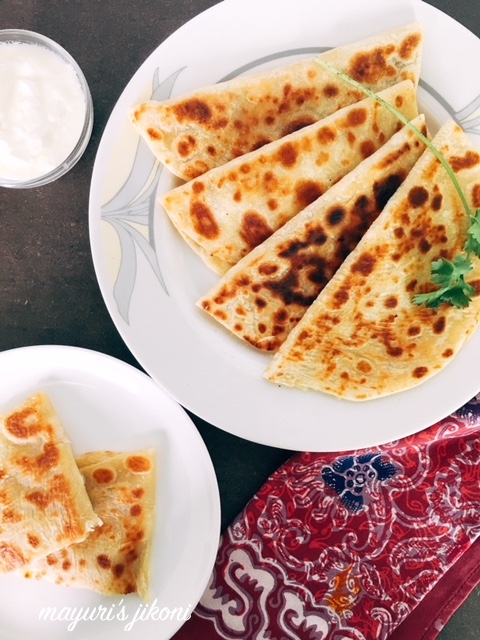 If you’ve read my yesterday’s post, I had mentioned that I have to make idli sambhar for my Lions Club meeting. All went well, everyone enjoyed it. However, last night when I was grinding the rice and dal to make the batter, my blender jug broke. Literally the bottom bit crumbled into pieces, thanks to the salty water we get in our taps that over time the metal parts got rusted. I shouted to my hubby to get ready immediately so that we can make it to the only supermarket in town before it closes.

Hubby tried to reason with me that in my urgency to get another blender, I’ll pick whatever I see first and then later regret the buy. I told him that he does not understand. He tried to convince me that he understood my predicament. Then he suggested I borrow my neighbor’s blender. At first I didn’t thinking what if it gets spoilt. Ever resourceful hubby said that if that happens then we’ll buy two! Finally borrowed the blender from my neighbor. Tomorrow going to hunt for a good food processor.

What would life be without neighbors? They’re usually the first ones who come to your aid. During our visits to Montreal, as much as I love the parks, the weather, the cleanliness, the availability of quality goods, I tell my hubby that I miss chitchatting to my neighbors. In all these years that we’ve been visiting my son, we don’t even know the neighbors. Its just too quiet for me. I get a chance to talk tony immediate neighbor every day. If she doesn’t see me and I haven’t mentioned to her that I’ll be going out, she will immediately call to find out if I’m ok.

Day 17 the breakfast (which I served hubby for lunch) turned out to a pleasant surprise for both of us. We both love mashed potatoes and these flatbreads were perfect as lunch with a large serving of salad. I made Qistibi which is famous in Tatarstan and Bashkortostan(also known as Bashkiria) both are federal subjects (republic) of the Russian Federation. Frankly I’ve not heard of these republics. But hey as food bloggers not only do we learn about food and different cuisine but also about different parts of the world. While doing my research for breakfast around the world, I was looking for breads that are a part of breakfast and stumbled upon Qistibi. The name itself caught my attention. What a unique name. I did a happy dance that I’ve found something beginning with Q, before so many of the easier letters.

Qistibi is popular as a breakfast dish. The stuffing can be either mashed potatoes or a millet gruel. Its usually served with tea that is extra milky and has some dried fruit in it. I didn’t make the tea as it was lunch time, but served qistibi with some sour cream. Rolling the flatbread really thin was a bit of a challenge but worth every effort. While I was making qistibi, thought hubby will say that its just a fancy name for aloo paratha. However, it tastes so different from aloo paratha as the mashed potatoes are nice and creamy and hardly any spices are used.

Check out the recipe for Qistibi and do Google Tatarstan and Bashkortostan. They both look so beautiful. It’s on my the bucket list 😉

extra butter or oil for frying
extra flour for dusting

Check out what other Mega Blogging Marathoners have made for Day 17: