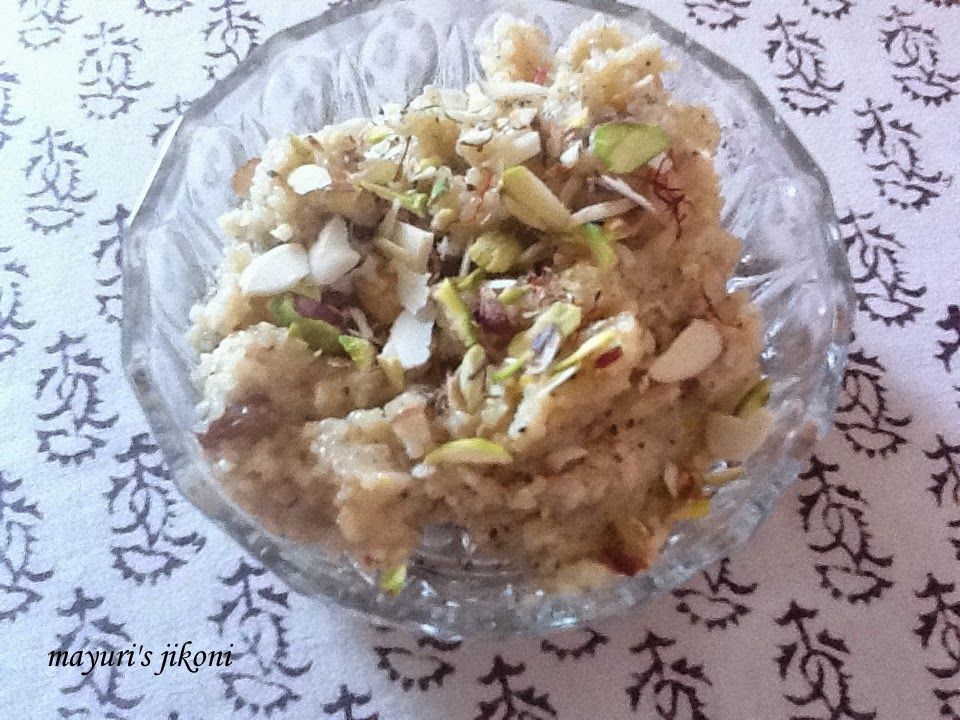 Samo, moriyo or shama millet is used widely for preparing Ekadashi or fasting food. Either on its own or mixed with rajgira flour or arrowroot flour or potato flour. Samo kheer, samo khichdi, samo chila etc. Well, I want to share with you a sweet dish made using samo. Its an easy dish and satisfying. If you know how to make sooji ka halwa or sooji shiro then making this sweet will be as easy as ABC.  The texture of the shiro or halwa will entirely depend on how fine or coarse the samo is. I had no choice but to use the coarse on as that’s the only one available in the shops here at the moment. Its an ideal treat for guests during fasting time.
9th June 2014 was Nirjala Ekadashi. Nirjala means without water. The legend goes that Bheem, the second Pandava son could not fast during Ekadashi (there are 24 Ekadashi days in a year) while the rest of the family did. He could not control his hunger pangs. Feeling desolate, he was advised by Maharishi Vyas that he could fast for one Ekadashi day without food or water. So he would fast only on one Ekadashi day in a year. Read more about it here.

A bowl of curry

Last holiday was in early March when my aunt, my 3

E for Elephants. That is today’s theme, somethin

The moon as seen from my apartment window at 6.18p

This morning we were blessed with heavy showers co