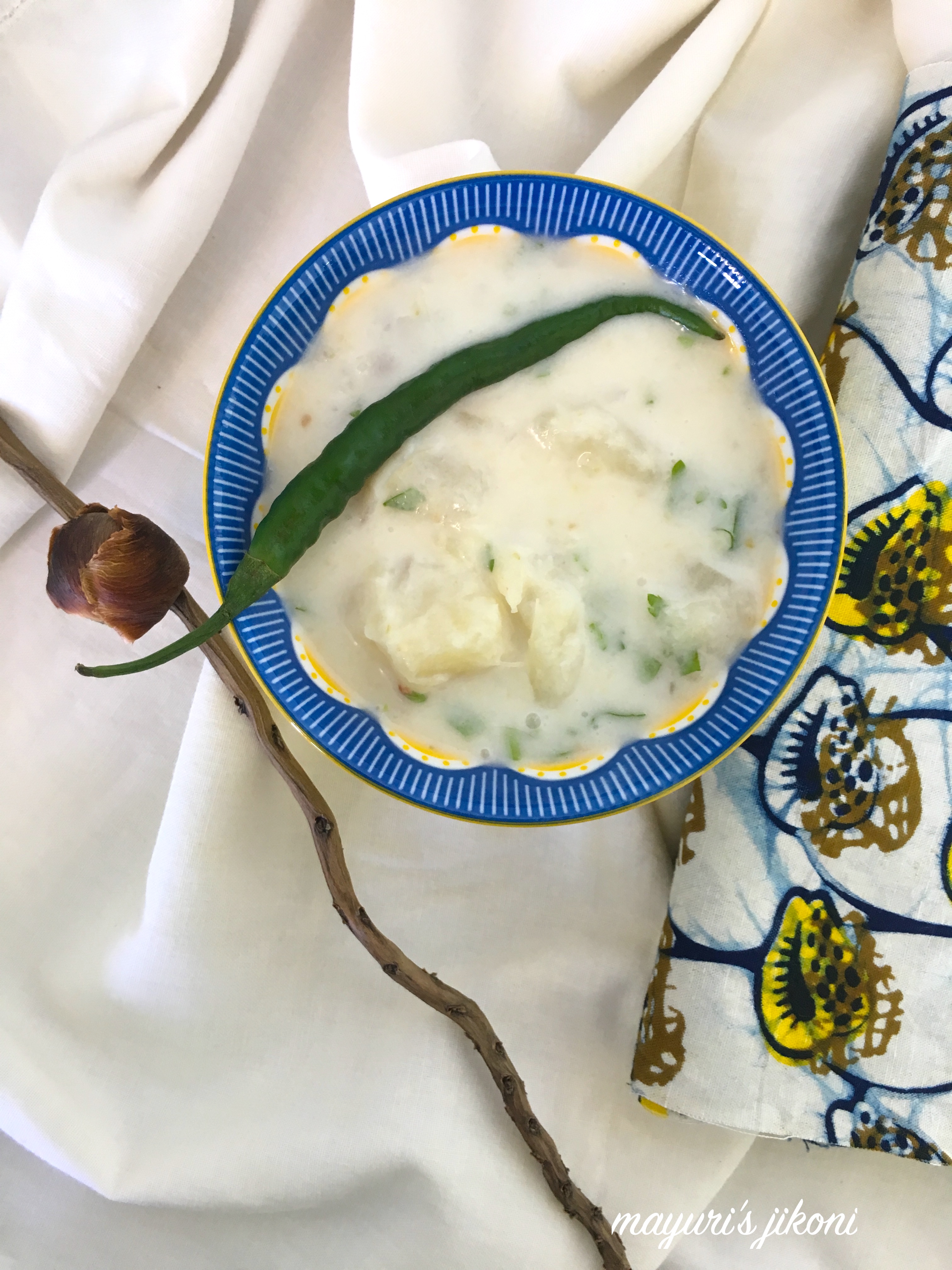 Old posts just get lost in the wide wide wide web unless they are very popular. Renu who blog’s at Cook with Renu has started a Facebook Group called Foodies_ Redoing Old Posts where every two weeks we can redo our old posts and share it on the group. What’s the advantage of doing this? Well, it gives us the opportunity to improve the write up, update photos and get comments. I’ve got so many old posts that need updating especially where the photos are concerned. This group with definitely give me the ‘push’ to prepare the dishes again for better photos.

Cassava in coconut milk is a famous Kenyan coastal dish and very easy to prepare. Tui varo mogo, mogo na nazi, are some of the common names used. Mogo is cassava and nazi is coconut. In the Gujarati language tui is coconut milk. Kenyan coastal dishes over the years have acquired both Arabic and Indian influence. Cassava is widely used as a main dish because it is widely grown at the coast, is cheap and full of carbohydrates. Its a poor man’s energizing dish, keeps the tummy full for longer period of time and a little goes a long way. Also it provides energy to get through hard laborious work.

This dish does not need many ingredients. The cassava has to be fresh and not stringy. As I have mentioned previously I really don’t know how to choose good cassava. I totally depend on Julius our house help to do that for me. Most say that the cassava harvested during the rainy season is not good. Cassava from different parts of the world is different so follow your instincts. Normally, if your cut off the tip the inside should appear milky white.

Cassava cooked in coconut milk is like a meal on its own. Some have it for breakfast, some with mamri or along with a meat dish. I usually like to prepare this dish on Ekadashi day as its a filling meal. Tastes delicious on its own or with some farari chevdo or mogo crisps (cassava crisps/chips).

Fried Mogo
Sharing this recipe with the following event: