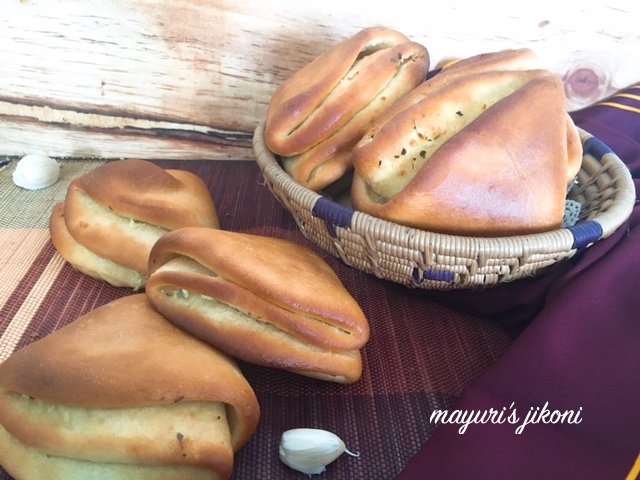 Theme: Surfing Through The Caribbeans

Today we are visiting Guyana. Its a sovereign state on the northern mainland of South America. Before you think I’ve got my facts wrong about the Caribbeans, Guyana though not an island in the Caribbean, it is a part of the Caribbean region mainly because of its strong cultural, historical and political ties with the Anglo Caribbean countries and the Caribbean community. The official language is English and the other widely spoken language is Creole. A state with a diverse population consisting of people from Africa, Europe, China and India along with the indigenous people. Colonised by the Dutch and English, people were brought to Guyana to work on the plantations and rice fields.

Ever since I’d first seen these cute rolls on Gayathri’s blog, I’d wanted to bake them. However, I forgot about it till this Caribbean theme came up. Butterflaps are little puffy rolls that are filled with butter. They are sometimes known as the croissant of the Caribbean. This butterflaps are famous in Guyana. The dough is rolled, slathered with butter and folded twice to produce a triangle shaped roll looking like a flap. Thus the name flap. These butterflaps are served as dinner rolls, for breakfast or even on its own with tea. The main filling is butter but variations can be found on the internet. Herbs, garlic, cheese are a few.  We enjoyed the butterflaps with some soup and then next day I served the remaining with fried egg.

Tips:
You may want to check out my other rolls:
Sending this recipe to the following event:

VEGETABLE KOLHAPURI Not too fiery hot, an aromatic