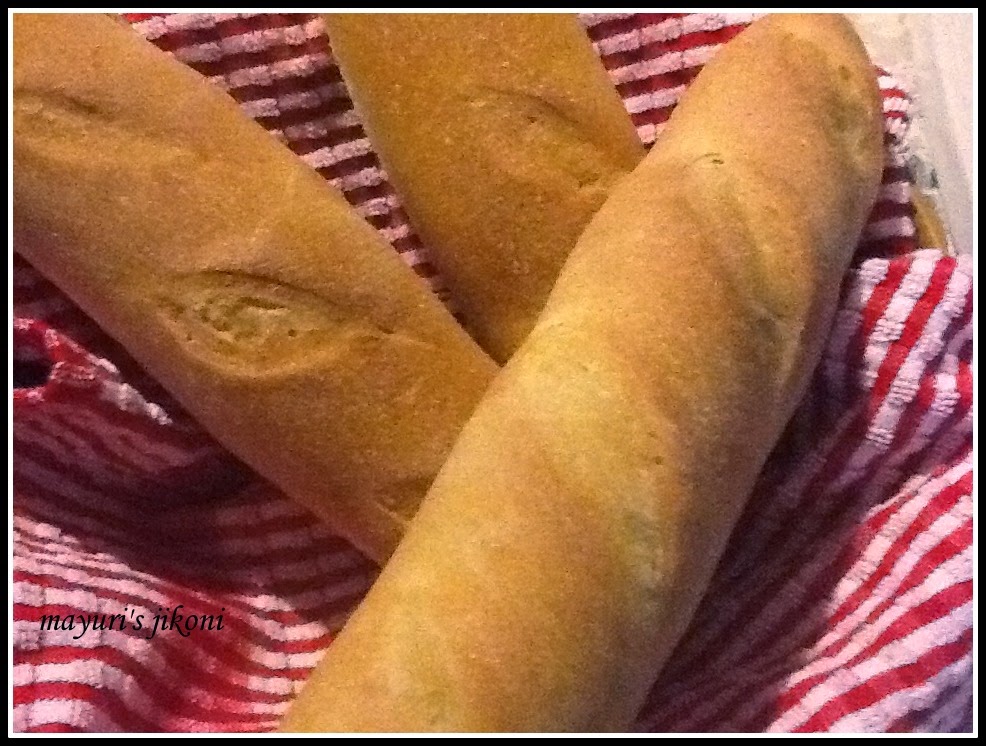 The Home Bakers Challenge for the month of November was to choose any of the recipes given in the previous challenges. For a new member of the group, this was like opening a treasure trove. Which one to choose, which one to choose was constantly on my mind as I went through the lists. My mind was getting all muddled up as I wanted to try most of them. So the other best option was to go through my bookmarked list and see if any were a match to the long list of recipes. I finally chose to make french baguette. Though I didn’t follow the recipe given by Priya Ranjit for the Jan 2014 challenge, I made them using the poolish method. I had this recipe bookmarked for over a year! Sometimes the exotic names in itself seem daunting. Though the method was pretty simple, I didn’t think I could bake a baguette. However, I did and am so glad I chose this recipe. Already the poolish is fermenting for the second batch of baguettes. Poolish , biga, sponge is a preferment which is used in bread making. A part of the flour, liquid and little yeast is allowed to ferment for a longer period to allow the yeast, enzymes to work on the starch and protein. This in turn improves the flavour, texture and keeping time of the bread.
When we had spent some time with my daughter in law and her family in Chevreuse, her father was teaching my daughter how to ask for bread in french whenever we went to the boulangerie. The bakeries in Chevreuse were very cute and traditional. The variety of breads and pastries was mind boggling. We found it very difficult to choose which pastry we wanted! I wanted all!Ahh at that time who really cares about calories…. not me!

Preparation of the poolish:

Preparation of the final dough:
Tips:
You may want to check out the following:

Share your thoughts :
Do you find learning a new language difficult?

sending this recipe for the following event: