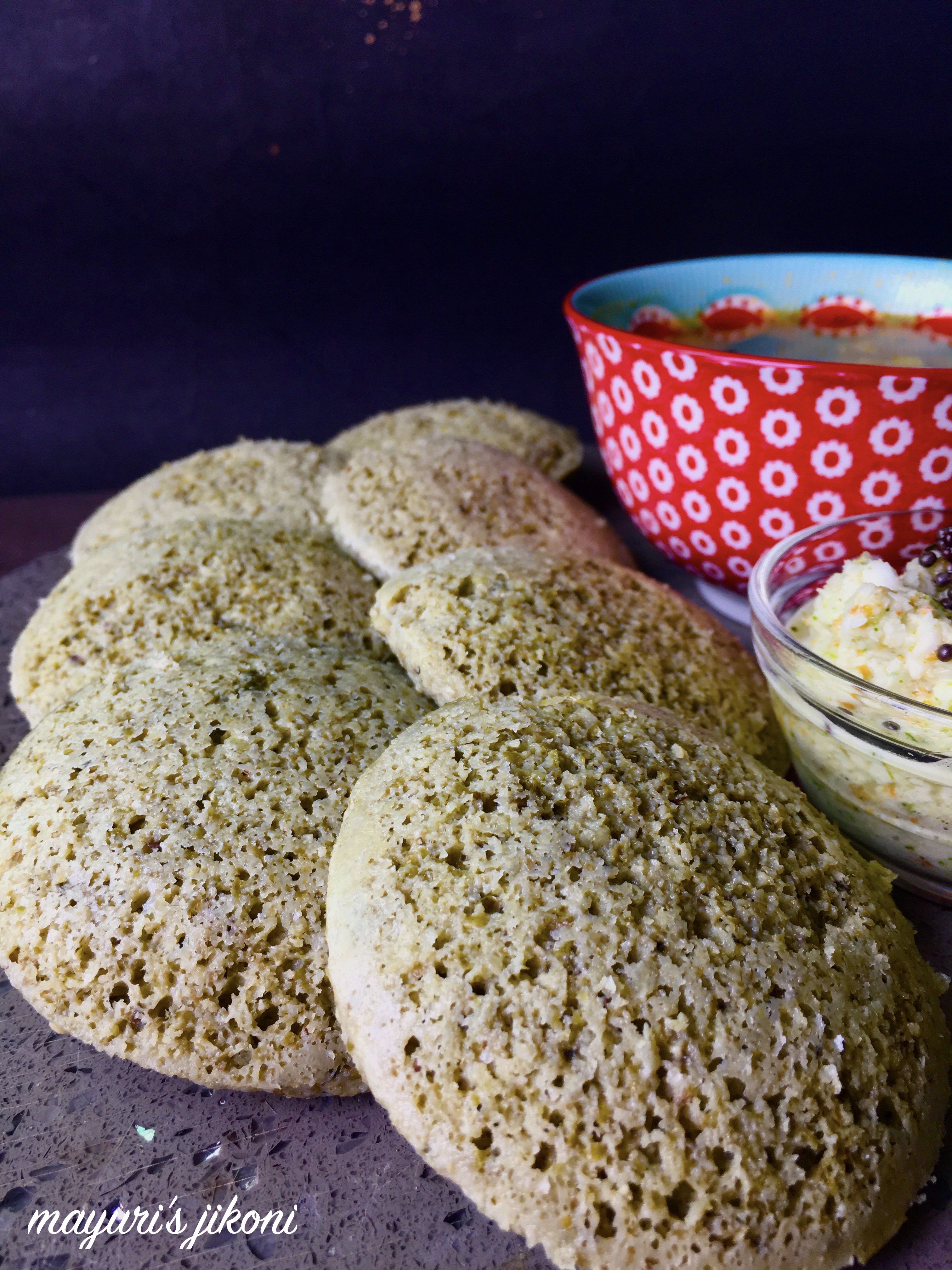 What is Moong Idli?

Traditional Idli is made from a fermented batter of rice and urad dal (black gram). As a matter of fact, Idli is enjoyed as breakfast or as a healthy snack along with sambar and chutney. Moong Idli is prepared in the same way as normal idli but here instead of rice I’ve used whole moong (green grams) and urad dal. However, to add to the healthiness factor, I add spinach to the batter. Without a doubt, moong Idli is a healthy steamed snack and very light on the stomach.

Why did I decide to prepare Moong Idli?

Ever since I tried idli with buckwheat, I’ve wanted to try making idlis using different grains and lentils. Since, I’ve make moong and spinach muthia, thought of trying the combination in the idli form. Many moong or moong dal idli recipes on the website add a bit of rice or semolina.  However, I decided to take the plunge and omit rice altogether. Incidentally, urad dal and fenugreek seeds are the one that makes the whole fermentation process possible.

Here, we are back with a Monday Post and this week the theme is Luscious Lentils. According to the theme name I initially thought of making some dal or curry. After making moong idlis thrice, I thought its time the recipe went on the blog. Indeed, it fits perfectly with the theme as I’ve used two lentils, green grams and black grams. By the way, it Poonam’s turn to suggest the theme and she blogs at Annapurna. Definitely must check out her blog as her food photography will tempt you try out all her dishes. As a result of this theme, Poonam has prepared Moong Dal Halwa . Like me, if you love moong dal halwa, then follow Poonam’s step by step recipe to prepare this delicious dessert at home.

Lentils are edible legumes. Commonly known as Dals in Hindi, they are widely used in the daily diets in the Indian Sub Continent. Especially used to make curries, soups, cooked with rice, stuffed in parathas, used to make a variety of flatbreads and snacks. While in the western world  lentils is what we know as masoor or Puy lentils, in the Indian Sub Continent Cuisine  lentils is a broad name used for pulses or legumes. Some of the most commonest legumes or lentils used for this cuisine are green grams (moong), black gram (urad), masoor (Puy lentils), pigeon peas (toor, tuvar), chickpeas (chana dal), horse gram (kulthi).

Some Ideas on how to use Moong

Preparation of the batter: