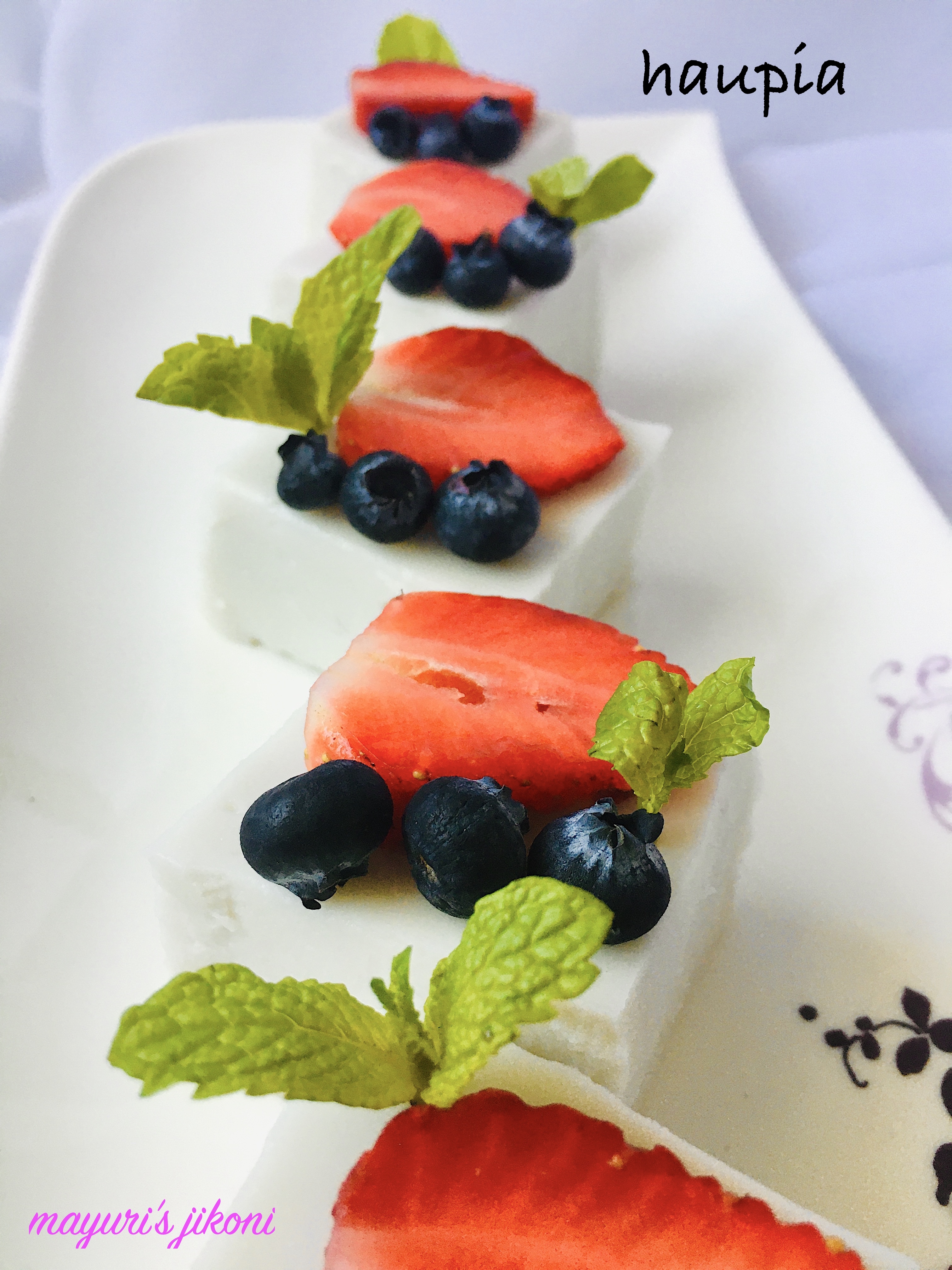 It should be noted that Haupia pronounced as how-pee -ah, is a traditional Hawaiian Coconut Dessert. Basically, this recipe requires only four ingredients, coconut milk, sugar, cornflour (cornstarch) and water. Indeed, that all. On top of that, the dessert gets cooked within 10 minutes. However, patience is required to allow haupia to set and chill. But, take it from me, haupia at room temperature tastes different. Therefore, if you love custard then you’ll definitely love haupia.

Actually, Haupia is enjoyed on its own. However, nowadays there are so many variations to the basic recipe. Its used to make the following:

In fact, Haupia is served at a luau. By the way, Luau is a traditional Hawaiian party. During olden times, coconut milk was extracted from the fresh grated coconut. However, these days its easier to use canned or frozen coconut milk. Also, arrowroot (ground Polynesian arrowroot) was used as the setting agent. Nowadays, cornflour is commonly used as the setting agent. Generally, haupia is set in a tray and cut into blocks before serving.

Firstly, this week the group is back in action, presenting dishes using coconut.  For example fresh coconut, coconut milk, coconut cream, desiccated coconut. In fact this theme was suggested by Narmadha.  Secondly, do take some time to check out her blog Nams Corner. As a matter of fact, she likes to try out new recipes. As a result, she makes some fun but healthy dishes for her kids. Unquestionably, her Coconut Roti (Sri Lankan Pol Roti) and Coconut Milk Rice , are a must try.