When one thinks of English food, usually fish and chips, shepherd pies with mushy peas or a roast with yorkshire pudding comes to the mind.But England’s most popular food are not chips, scones, crumpets or yorkshire pudding but its chicken tikka masala. British food scene changed ever since the East India Company touched the shores of the Indian Subcontinent in the mid 18th Century. Everything from cocktails to soups to main dishes and desserts changed. Not only did the British assimilate a lot of the local spices and methods of cooking but they in turn introduced a variety of dishes to the locals which got adopted and changed to suit their taste buds.

Curry houses became fashionable during the Victorian era as British officers and their wives or mothers took back new variations of the British food.In 1861 Isabella Beeton  added a recipe of the ‘curry powder’ in her book ‘Book of Household Management.’ The word curry is derived from the Tamil word ‘kari’ which means a sauce or relish for rice.Spices blended together was given the name curry powder which to date is used commonly by the British and their former colonies but not so commonly used in the Indian Subcontinent.

During the British Raj (British rule in the Indian Subcontinent), the cooks or khansamas innovated new dishes which combined some local flavours with those of Britain and Europe and vice versa. Thus during that era chutneys, salted beef tongue, kedegree, ball curry, fish rissoles, cutlets, chops, foogath, pantheras, mulligatawny soup etc. became very popular. The fusion between the local and British food gave birth to the Anglo Indian Cuisine.
Its also during the British Raj that Dak Bungalow cuisine and Railway cuisine was born. Dak Bungalows were resting places for the Britishers when they toured. The cooks or khansamas would have to quickly prepare meals for them with whatever was available.If they travelled by rail, they usually relaxed and dined in the plush first class where dishes like Railway mutton curry were prepared for them. Some of the famous dishes cooked back then and still prepared today by the Anglo Indian community are Dak Bungalow Chicken, Hawildar’s Dal Tadka, Dimer Dalna and Jhalfrezi to name a few.Anglo Indian food developed around Calcutta added mustard and mustard oil to their preparations and in the south coconut milk and curry leaves were used. Check out Bridget White Kumar’s blog site for more information about the Anglo Indian Cuisine and recipes.
The British have long left the Indian Subcontinent but we can still  find some Clubs serving steak pies, bread and butter pudding, mulligatawny soup, beer batter fish, mutton ball curry, country captain chicken. They still observe the ‘propah’ English etiquette while using the facilities.

To celebrate this year’s Republic Day our #FoodieMonday #Bloghop group decided to prepare colonial inspired cuisine. My contribution towards this #76 theme is a curry house staple, mulligatawny soup.This soup was created by the cooks or khansamas for the British Officers and Memsahibs who enjoyed the traditional peppery Tamil rasam but would only eat it as a soup course. So the popular  Tamil pepper water or pepper broth millagu thanni gave birth to a soup where curry powder, apple, chicken broth were added to it.
Today Mulligatawny soup has many variations. Different lentils like split pigeon pea or split puy lentils are used to add a slightly thick base. Variety of vegetables like carrots, potatoes, onion, celery, cauliflower are added along with either chicken or meat pieces. The curry powder is made according to the taste of ones palate. Some prefer to have a wholesome soup with chunks of vegetables and meat while others puree it into a thick soup.
Being a vegetarian I made a vegetable mulligatawny soup. I read up many recipes by fellow bloggers and chefs and no one recipe was what I wanted to prepare. So I took a bit from most and developed my own concoction of the soup, not too spicy, not too thin or thick, used vegetables that were available and voila, a nutritious, healthy and filling soup was dinner for hubby and me.

Tips:
You may want to check out the following British inspired recipes: 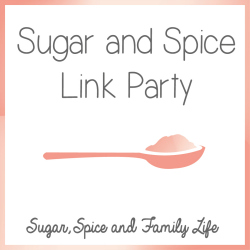 Spring has not arrived as yet. It is pretty cold.

CABBAGE PAKORA / KOBI NA BHAJIA When it rains and

Saturday Walk scenery.. from Merry Point Park to a

After a couple of dull grey rainy days the sun is

Still looking for an easy bake recipe for Easter?

Is it really Spring??? It has been raining for the