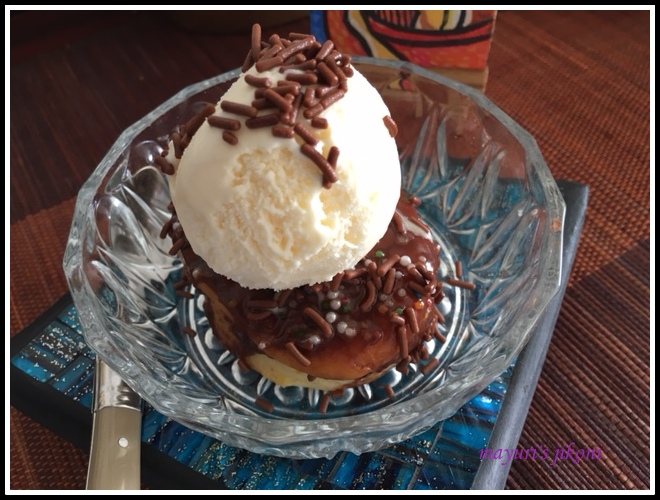 Which of the above two spellings is correct? Doughnut appears as the official spelling in the dictionaries but donuts is the contracted word of the original mostly used by Americans.What is a doughnut? A doughnut is a small fried cake made from a sweet dough. Its either in the shape of a ball or a ring. The ball shaped doughnuts are usually filled with fresh cream, jam or custard. The ring ones are glazed with icing, chocolate or fresh cream. If they are not glazed then the warm doughnuts are coated with sugar and cinnamon or other flavourings or spices.
It is believed that during the mid 19th Century the Dutch were making olykoeks or oil cakes. These were fried in pork fat till they were golden brown. The Dutch settlers in America continued to make these oily cakes and since then have evolved into what we know as present day doughnuts. Whatever the history, it seems that many parts of the world have their own version of a doughnut. Take for example balushahi in India or the vadas, Zeppole in Italy, Churros in the Spanish speaking countries, Beignets in France, Mahamari in East Africa, Yoyos in Tunisia, Sel roti in Nepal just to name a few.
Our 42nd theme on #FoodieMonday #Bloghop is #Kidsdelight. I don’t have any kids around to feed so really am out of touch what kids these days prefer. A few days ago my neighbour’s daughter was pestering her mum to buy her some doughnuts. So the argument between mum and daughter was that the ones available near our home are big, dry and tasteless and a bit expensive. So that’s where I got the idea of making doughnuts. I went through my recipe books and found that I had jotted down twice, a baked version. So a baked version of doughnuts was what I decided to make for this theme. Yes, my neighbour’s daughter was the happiest person on our floor. So without much delay, here is the recipe.
P.S. Though my children are adults now, I am sure they would have enjoyed these doughnuts. There’s still a kid in all of us.

Preparation of the dough:

In the meantime make the topping or glaze:
Preparation of the doughnuts:
Tips:
You may want to check out the following:
Sending this recipe for the following events:

Sharing with the Bread Box, hosted by Karen’s Kitchen Stories and An Italian in my Kitchen.”